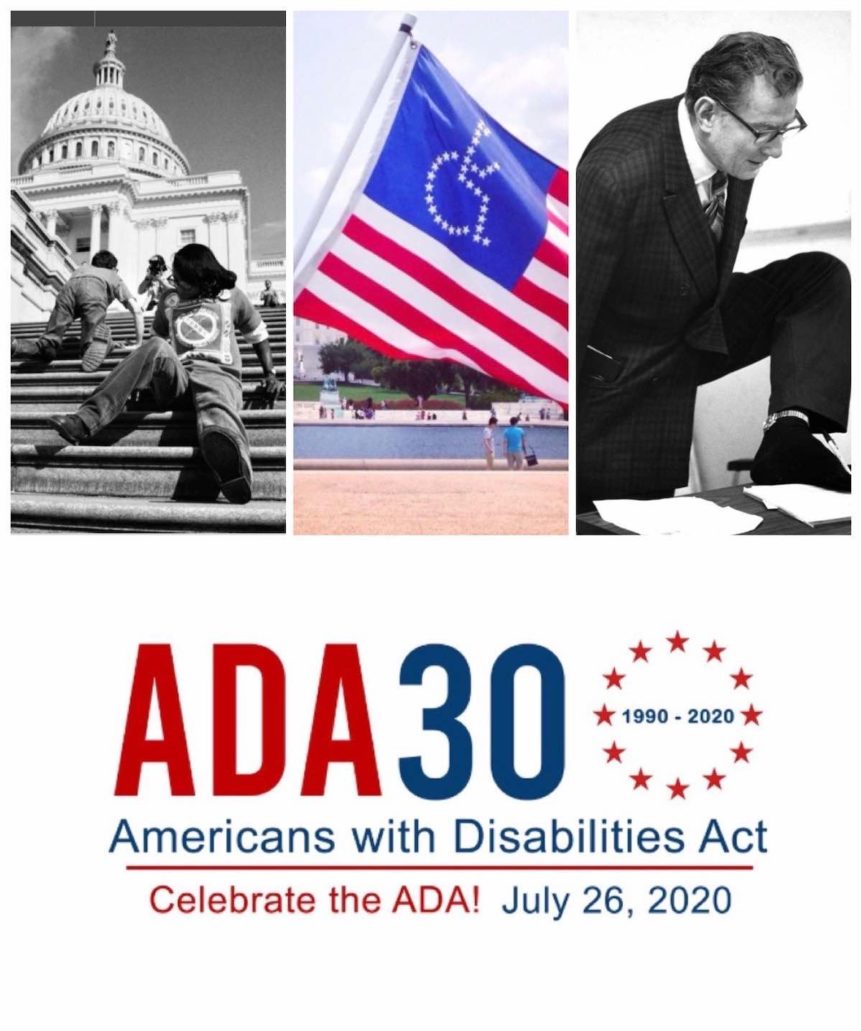 In July, we joyously celebrate Disability Pride Month and this year, the 30th anniversary of the Americans with Disabilities Act (ADA), signed into law July 26, 1990. Yes, our hard work has paid off. This landmark Civil Rights Law, the ADA, provides all citizens who have a disability or become a person with a disability equal access to public life, including jobs, schools, transportation, and all public and private places that are open to the general public.

People with disabilities are the largest and most diverse population representing all ages, abilities, races, ethnicities, religions, gender identities, LGBTQI, and socio economic backgrounds. Disability Pride is about honoring each person’s uniqueness and seeing it as a natural and beautiful part of human diversity. We are all created in God’s image.

Let’s celebrate all the amazing disability rights advocates… like Anita Cameron, who was one of over 1,000 protestors in DC on March 12, 1990 who climbed the capital steps to bring attention to the inequalities persons with disabilities face. This historical protest is known today as the Capitol Crawl.

…like Rev. Harold Wilke from our very own denomination, the United Church of Christ (UCC). Rev. Wilke was at the signing of the ADA and offered the Invocation at the White House ceremony. Rev Wilke in his invocation said that the new law was “the breaking of the chains which held back millions of Americans with disabilities.”

It is because we together united, pushed for justice, we can celebrate our Disability Pride with one another in this month of July on the 30th Anniversary of the ADA.

~ Helen Walsh, on behalf of the FCCB Disability Empowerment Team