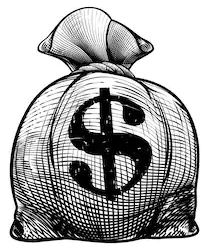 A group of United Church of Christ (UCC) churches in San Francisco’s East Bay, with generous help from our national denomination, have erased $4.4 million in medical debt for our neighbors in Alameda and Contra Costa Counties. This effort began in late February and was completed even as our communities were negatively impacted by the global coronavirus pandemic. While we know that current economic conditions and public health emergency will soon create more medical debt, we are glad to be able to give so many neighbors a clean slate right now.

Our local campaign raised $44,000, thereby erasing $2.6 million in medical debt for residents of Contra Costa County and $2.1 million in Alameda County, the two counties where our churches are located. These two California counties include the large cities of Oakland, Berkeley, and Richmond plus many smaller cities, towns, and unincorporated rural areas. This is a richly diverse area with large populations of immigrants, people of color, and people struggling to make ends meet in an area with an astronomical cost of living.

Inspired by similar efforts by UCC churches in Chicago, St. Louis, and elsewhere, the idea for the campaign began with our largest East Bay church, First Church Berkeley, led by Rev. Molly Baskette, as a joint fundraising activity for nearby congregations during this year’s season of Lent, culminating on Good Friday. “Remembering that the Psalmist said ‘God heals the brokenhearted, and binds up their wounds,’ and that Jesus himself in Matthew 25 told us that when we tend to those who are sick, we are tending to Jesus himself, we take up this holy work not just to heal bodies but to mend lives destroyed by astronomical debt,” said Rev. Baskette.

As a diverse group of churches, we all knew that medical debt was a big problem for the most vulnerable in our communities: the sick, the elderly, the poor, and veterans. In addition, we learned that medical debt seriously impacts the middle class, driving many families who were formerly stable into poverty. By forgiving this debt, we hope to give struggling individuals, and their families, a fresh start.

We’ve also come to understand that medical debt is a huge driver of the destabilizing forces that can lead individuals and families to become homeless, so we hope that relieving our neighbors of medical debt will prevent the further exacerbation of the homelessness crisis in the East Bay.

The campaign was made possible by working in partnership with an extraordinary non-profit organization, RIP Medical Debt, founded in 2014 by two former debt collections executives, Craig Antico and Jerry Ashton. Over the course of decades in the debt-buying industry, Craig and Jerry met with thousands of Americans saddled with unpaid and un-payable medical debt and realized they were uniquely qualified to help these people in need. Their expertise and compassion created a process to forgive medical debt: using donations to buy large bundles of medical debt, which is then forgiven with no tax consequences to donors or recipients. The organization has now managed to erase over $1.4 billion dollars in medical debt across the nation.